After a spending a couple of days in Amsterdam, Dad and I were off to Berlin, Germany. 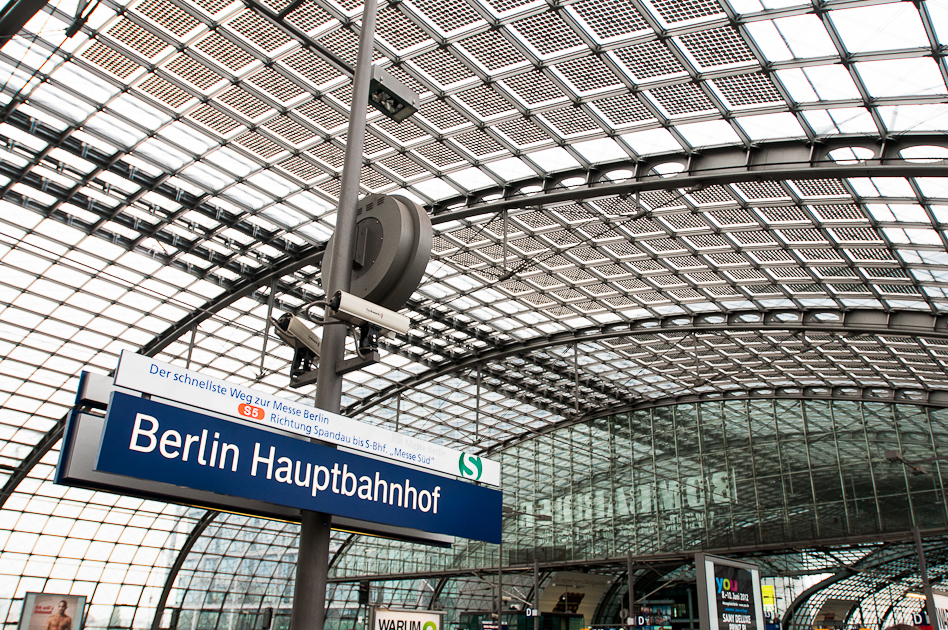 After another train ride, we arrived at Berlin Hauptbahnhof. This massive station is a gorgeous, glass, German Goliath. Unfortunately we arrived on a nasty, cloudy day, and it began to sprinkle once we stepped outside the station. So just trust me, this station was super nice.

We made the mistake of not packing food or eating on the train (yes, there was a dining car) so we were very ready to eat. We grabbed a bus and headed to our hostel, St. Christopher’s. It’s actually a chain of hostels around Europe that has a bar, Belushi’s, on the ground floor and then rooms upstairs. We had such a good experience there that we stayed at another St. Christopher’s in our next city, Prague.

After checking in and unloading our stuff, we got a recommendation to go to Hofbräu Berlin. I desperately needed food. I was hangry. Real hangry.

After we stuffed ourselves at the restaurant with mixed sausages, potatoes, a pork knuckle for Dad, and German beer, we dodged raindrops as we walked back to the hostel through a steady rain. I updated my Twitter followers, Dad and I planned out what we wanted to see the next day, and we called it a night.

We woke up to cloudy skies, cool temperatures, and an aggressive, face-numbing wind. We went on an easy-going, 4-hour walking tour of the city where we visited many of the big sites around Berlin and heard some informative history that gave us a solid intro to the city. I’m a big fan of the walking tours — especially the ones in cities that have lots of history, like Berlin. Sure, I learned a little bit about Berlin in school, but nothing close to what I got from the tour guide. It’s a nice way to start a city. I think it ended up being my favorite tour of the whole trip. 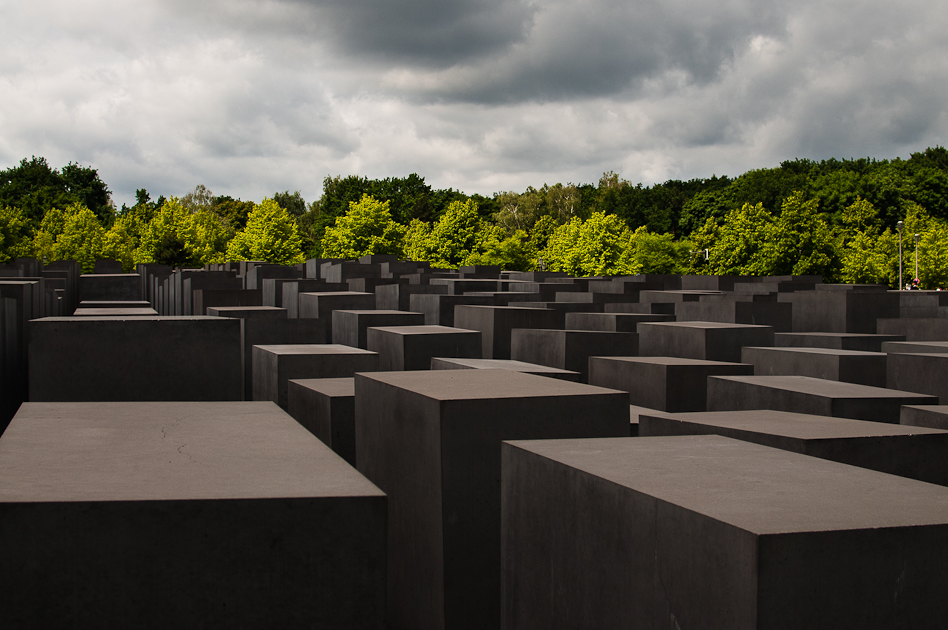 No, I didn’t burn the foreground in post. The sun burst through the clouds to illuminate the trees just beyond the Memorial to the Murdered Jews of Europe.

After doing some research in Amsterdam and asking the bartender at Belushi’s for recommendations on where to go to get good currywurst in Berlin, Curry 36 came up. It was dee-licious. I could eat that once a week. It was very affordable, too.

Ahh, an American flag. This is the US Embassy in Berlin. It’s ~50 yards from one of the most iconic symbols of Berlin, the Brandenburg Gate (seen below).

There was a large race (run, walk, and rollerblade) kicking off later that evening when we made our way back to the Gate. The teams above were on inline speed skates.

Fun fact: if you’re in Berlin and see this guy on the crosswalk sign, you’re in East Germany. If you see a more standard type of guy with his arms down, you’re in West Germany.

After the race had come to an end and we walked along the dozens of vendors and tents, we walked toward Reichstag to grab a couple shots of the sunset. One full day down and one to go.

We awoke to sunny, much less windy morning. After a bit of wandering, we wound up at Alexanderplatz and under another icon of Berlin, TV Tower.

If you know the story behind the Trabi, you get the irony. 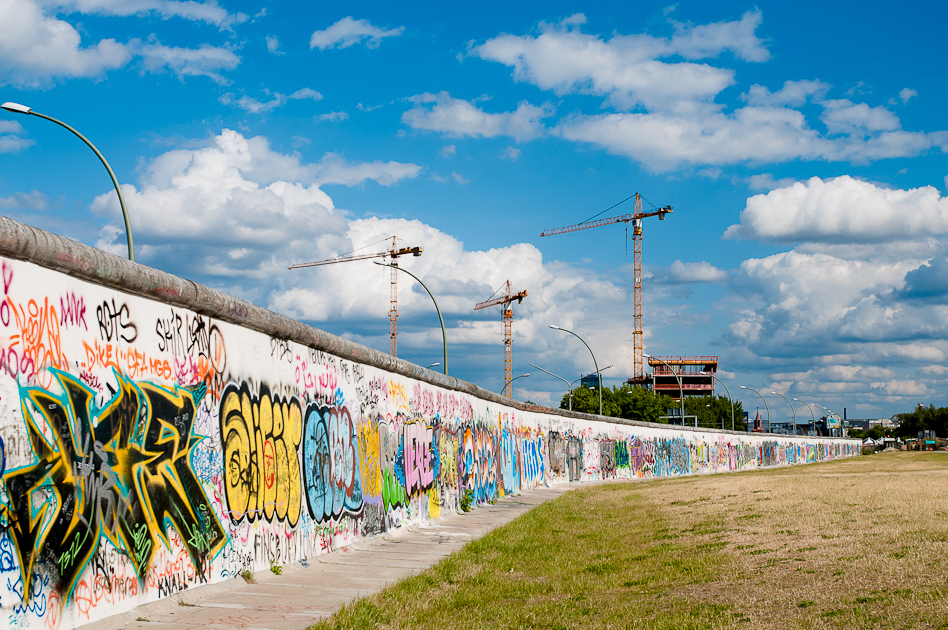 The next stop on our cross-town tour was the longest remaining section of the Berlin Wall. It’s about three quarters of a mile long. On the opposite side of the wall seen in this photo is the East Side Gallery. A sample of the actual art is on the photo above this one. It’s amazing to think about this wall-turned-public-art-exhibit causing so many issues just 20-some years ago.

After stopping at one of the recommended kebab restaurants for dinner, we were off to Potsdamer Platz, the home of the Sony Center.

But on our way to Potsdamer, we passed through the Klosterstrasse Station. We hopped off the train to take a picture of the station. It’s always cool when you see your last name, or at least part of it, as the name of a U-Bahn (metro/subway) station.

We made it to Potsdamer Platz and the Sony Center as the sun was coming out from behind the clouds. It has fantastic architecture and design. This photo doesn’t do it justice. It’s a huge entertainment, bar, and restaurant area. The light pockets that shine in throughout the day must be a photographer’s heaven. 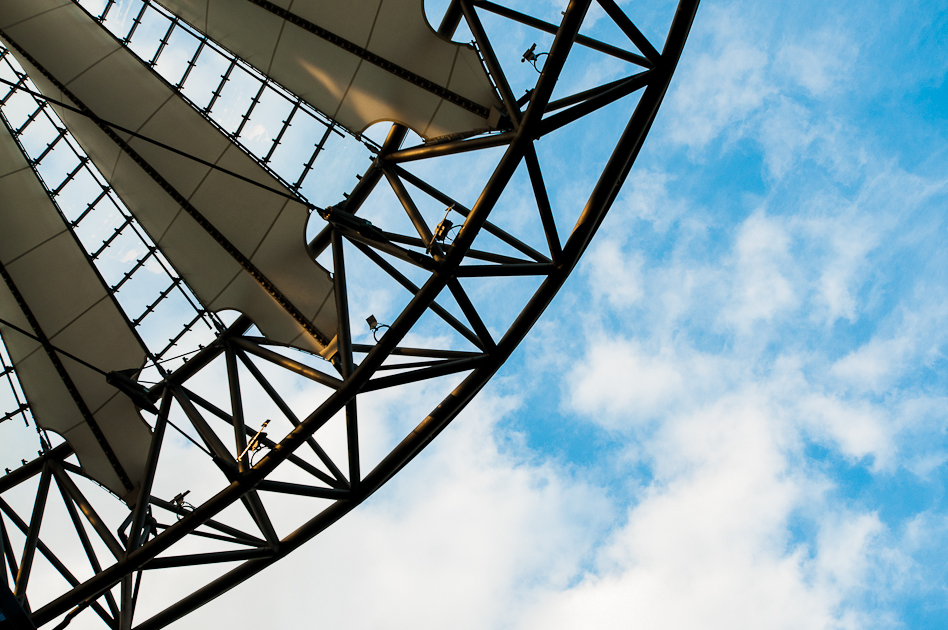 We left Potsdamer Platz and set off for the zoo. We ended up finding it, but unfortunately it had closed for the evening. We did manage to find a random park party/concert with some nice German-ish reggae.

Enjoying the freedom to do what we pleased, we continued walking. We ended up on Kurfürstendamm. It’s the boulevard that’s home to stores like Louis Vuitton, Gucci, Rolex, Prada, Armani, etc. Wikipedia tells me it can be considered the Champs-Élysées of Berlin. $Big money$ 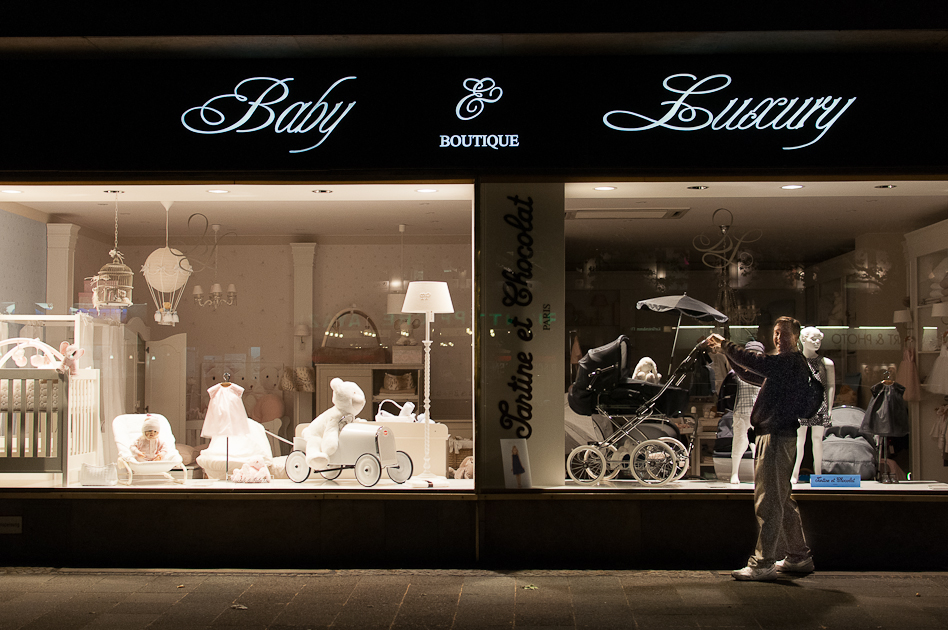 It’s also the home of the $1,600 baby stroller that my Dad thought my sister Shannon would love.

After walking block after block and still finding more swanky stores, it was now almost completely dark and time for us to head back into the city.

Berlin was one of my favorite cities. I’m not sure why it is, but I’ve made a list of my top ten reasons that I can put my finger on. I really want to go back and explore some more… and maybe even live for an extended period of time.

With two fun, full days plus an evening spent in Berlin, we were off to our next destination and the place we knew the least about: Prague in the Czech Republic!

Leave your 2¢ below, or hit me up on Twitter.

On the Road in Europe

Guten tag! I wanted to give an update on what I’ve been up to. My dad arrived in Madrid this past Tuesday, and we’re on a trip around Europe. We flew to Brussels, Belgium and then took the train to Amsterdam in The Netherlands and then, here, to Berlin. We’re about to grab another train to Prague, Czech Republic.
I’m actually writing this using the WordPress app on my phone since I decided to leave my computer in Madrid.
After Prague, we’ll be heading to Venice, Rome, Geneva, Barcelona, and finally Madrid. Those cities are subject to change, but that’s the general route. We’ll get back to Madrid around the 12th so I can show dad more of Madrid and get packed up at my flat. We’ll both be flying from Madrid to Ohio on Friday, June 15.

The image at the top is an iPhone snap of my Nikon’s LCD. No computer means no processing. My apologies for the quality. I’m not sure how the Snapseed editing app works at larger sizes and not sure how badly WordPress resized the image since I’m resizing, etc. all from the phone and various apps. The actual photo is of the iconic Brandenburg Gate that connects East and West Berlin