I went out for a walk around town looking for lines. I found some. 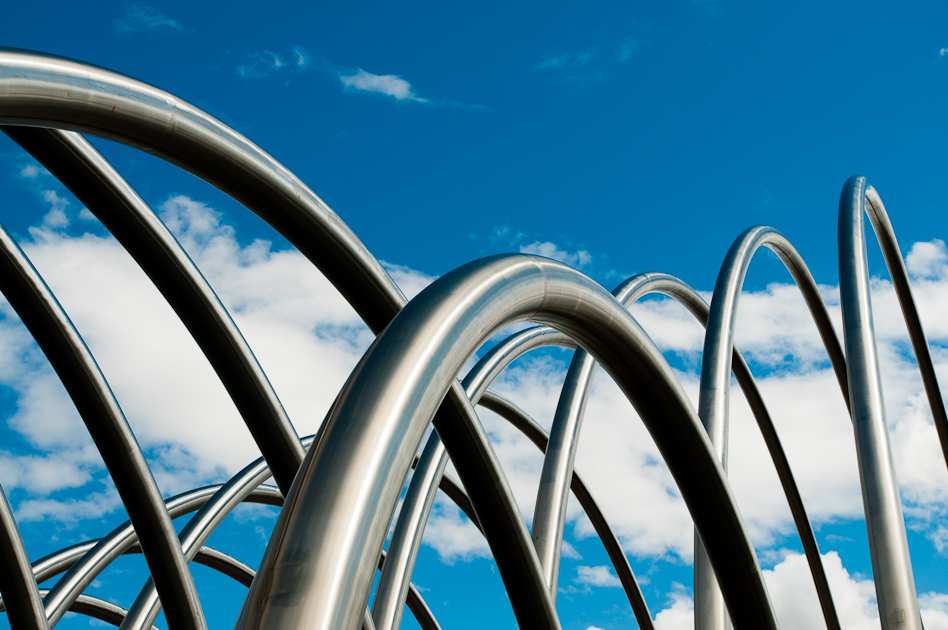 These arches were one block away from my flat in Madrid! 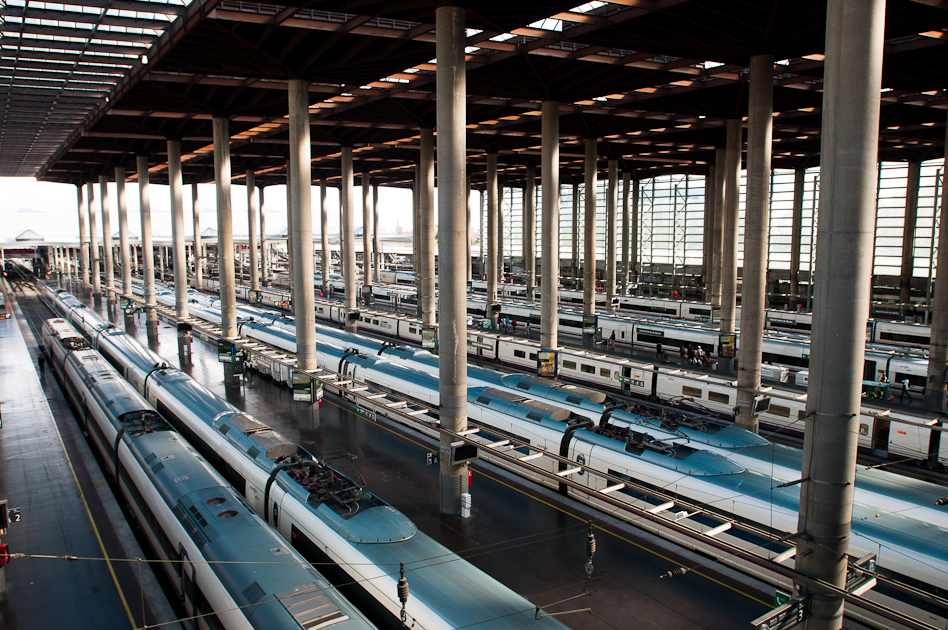 This is the Puerta de Atocha train station in downtown Madrid. It was the site of the terrorist bombing back in 2004 that killed 191 people.

I saw a picture online of this station when I first came to Madrid, and it took me months to finally get to the area. The station and surrounding buildings have lines, lines, and more lines. I highly recommend it to photographers visiting Madrid. And I didn’t even get talked to or stopped by any overzealous, First Amendment-trampling rent-a-cops or police officers like I would surely have encountered in the States! Fantastic! 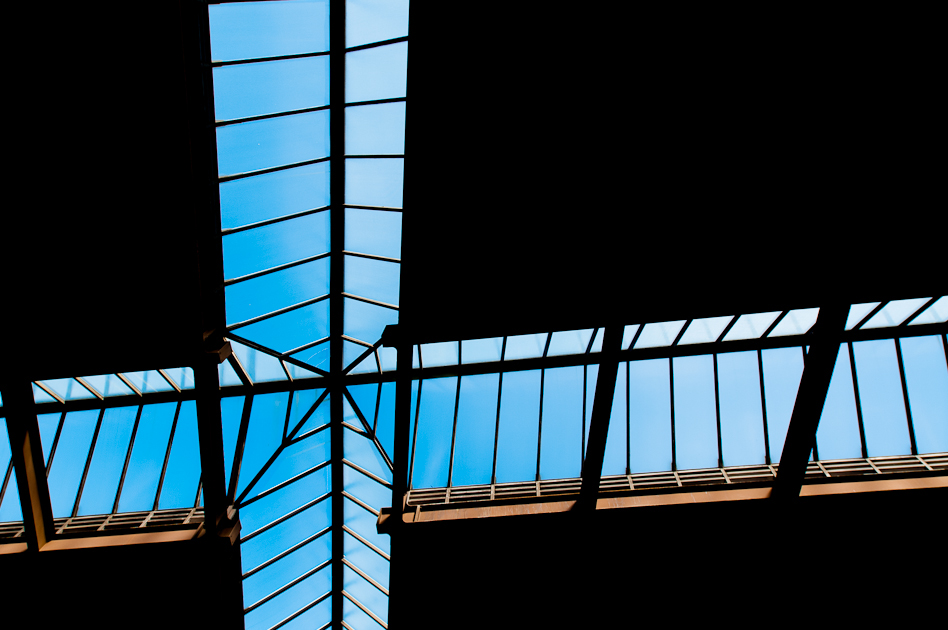 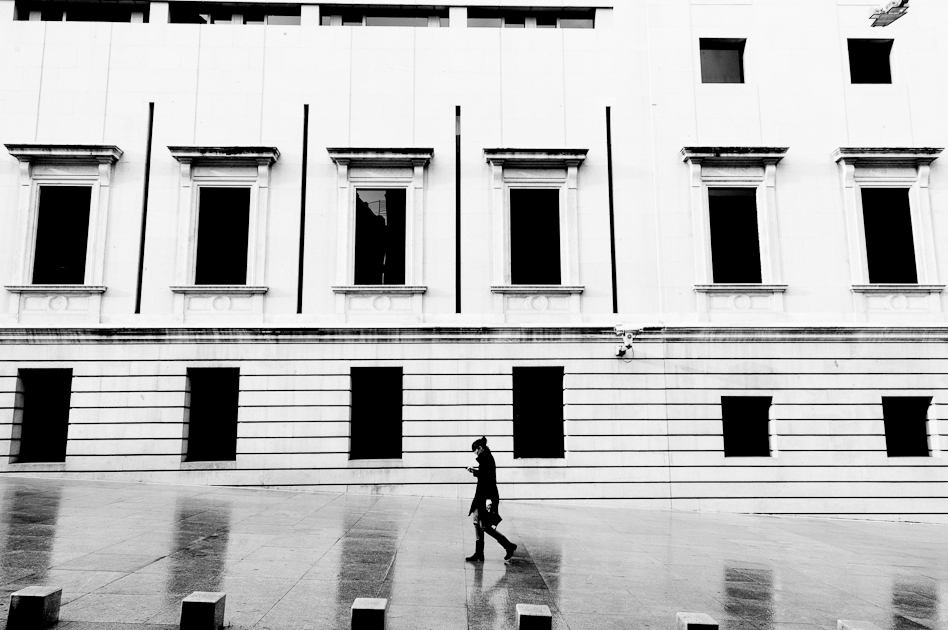 Leave comments, questions, and suggestions below!

If you missed part one, it’s here. I made a friend on the bus coming back from Granada. Mar lives in Madrid, but she’s originally from Cadiz. She offered to show me around Cadiz if I was in Cadiz the same day she was in the area. Personal tour guide? Yes, please! So on the second day in Sevilla, I was off to Cadiz.

I thought I woke up early, but after speaking with the front desk folks at the hostel, they said I’d have no chance of making it to Santa Justa station by foot in time. With many of the roads blocked for the Good Friday procession routes, my choices were take a cab or miss my train. Cool. Although the ticket wasn’t expensive, I didn’t to miss the train. As I was running to the cab corral a few blocks away, I grabbed this frame as the sun was throwing out some amazing light as it was streaming through the streets of Sevilla downtown. 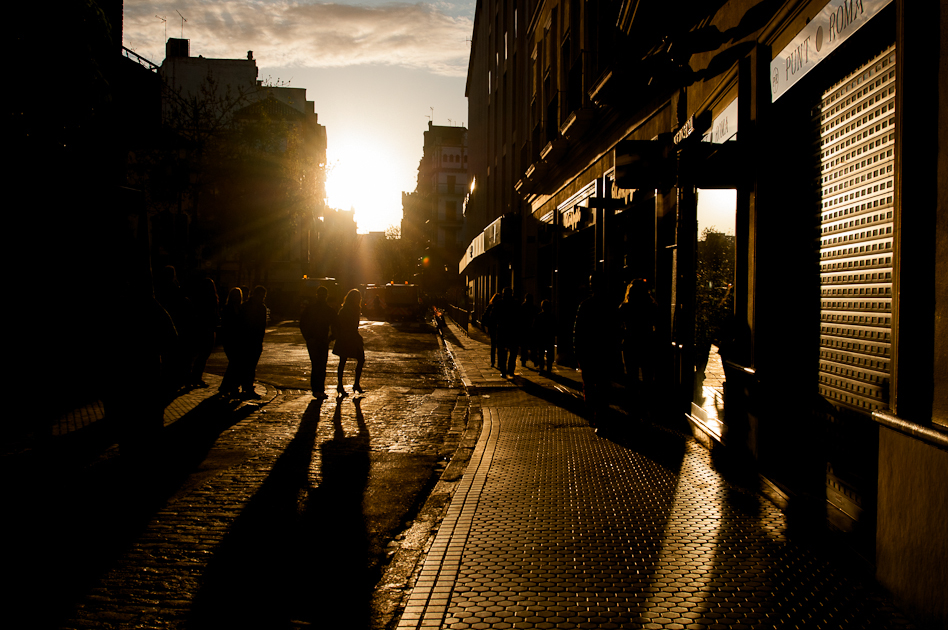 After a cab ride that seemed to take forever with all the traffic and road closures causing more than enough congestion around the city, I made it to the station, and all-out sprinted to my train. Made it. Whew.

Once I got to Cadiz, within my second cup of café con leche, the ominous clouds that had been rolling in finally exploded. It rained, and it rained hard. Luckily within an hour or two, it cleared up and gave way to some beautiful light and a bright blue sky for me to play with all day. 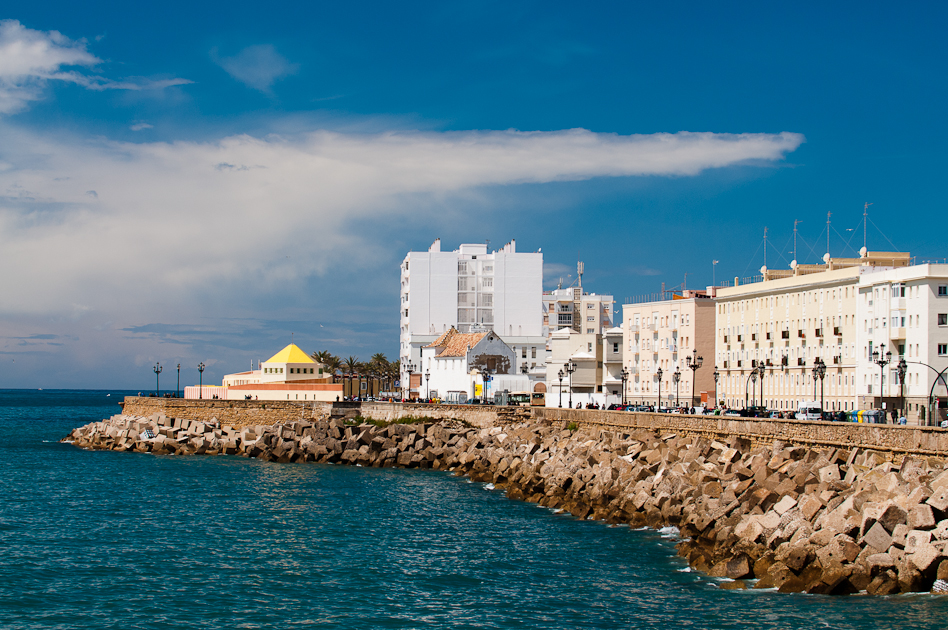 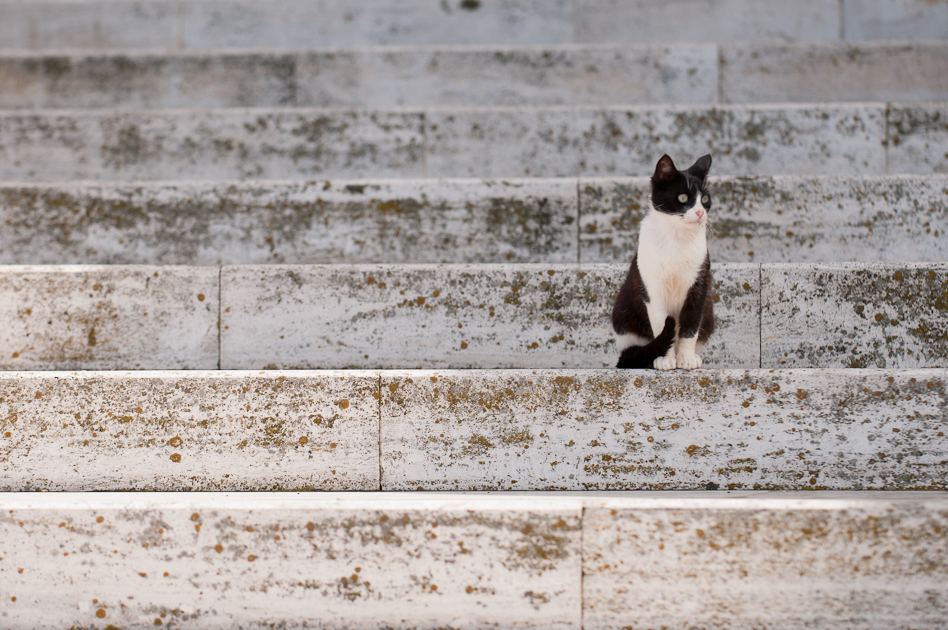 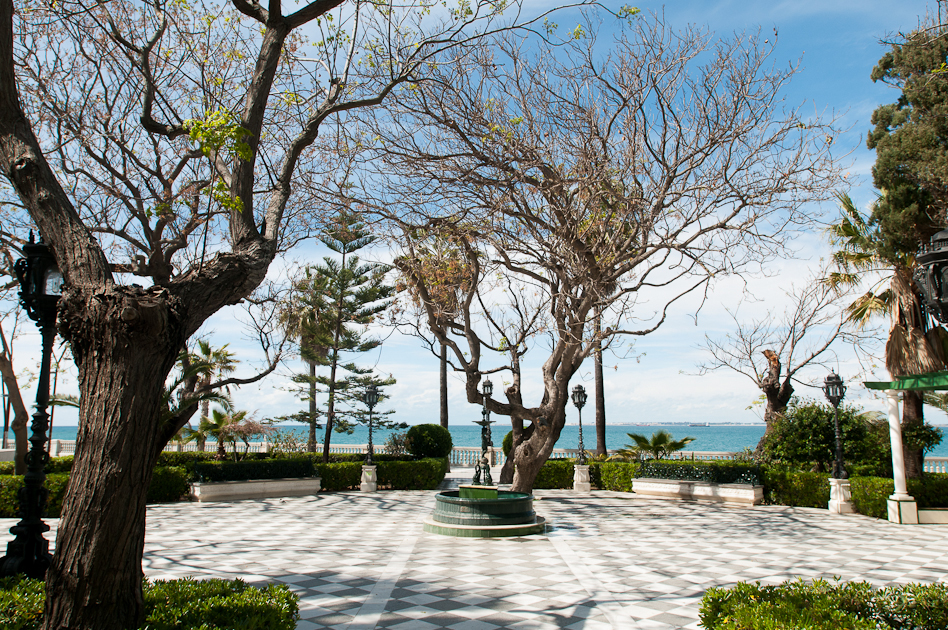 After a solid day of picture making and walking around, I was headed back to Sevilla on the last train from Cadiz. It was definitely worth a day trip, but it’s by no means big. One day was enough for me.

After a two hour train ride, I was back at Santa Justa station. I finally took time to work with all its symmetry and lines.

On my way back to my hostel, I ran into a paso (procession). This is what Sevilla is famous for. I’ll let Wikipedia do the talking here. What they don’t tell you on Wikipedia is that if you get caught in one of these processions, you better not have to go to the bathroom or have anywhere to be. A tour guide said he was trapped for hours during one of the pasos. They happen all week in Sevilla, but also to a lesser extent in other cities around Spain.

After a long day of shooting and walking (that seems to be the theme with my trips around Spain), I was beat and ready to hit the hay.

Next up will be from my second day in Sevilla.

Easy email update sign up is at the bottom of the page.

Add http://www.ethanklosterman.wordpress.com/feed into your RSS reader.

Give me a shout-out on Twitter–@Leetol. 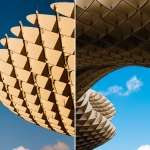 Spaniards call Easter break “Semana Santa” (Holy Week). I was off to Sevilla and Cadiz in Andalusia in the south of Spain for a few days of picture making. This is day one and part one of the trip.

If one was to drive to Sevilla without stopping, it’d take just under 6 hours. I rode the high speed train on the right. At speeds near 186 mph, I was there in 2.5. Fantastic! These trains were smooth-riding, had more leg room than airplanes, two AC outlets at each couple of seats, bathrooms, a dining car, movies, complimentary headphones, and no small overhead compartments that I had to worry about getting my stuffed ThinkTank bag into. To top it off, there were no stops (at least on the trip there), and I got to see the countryside. 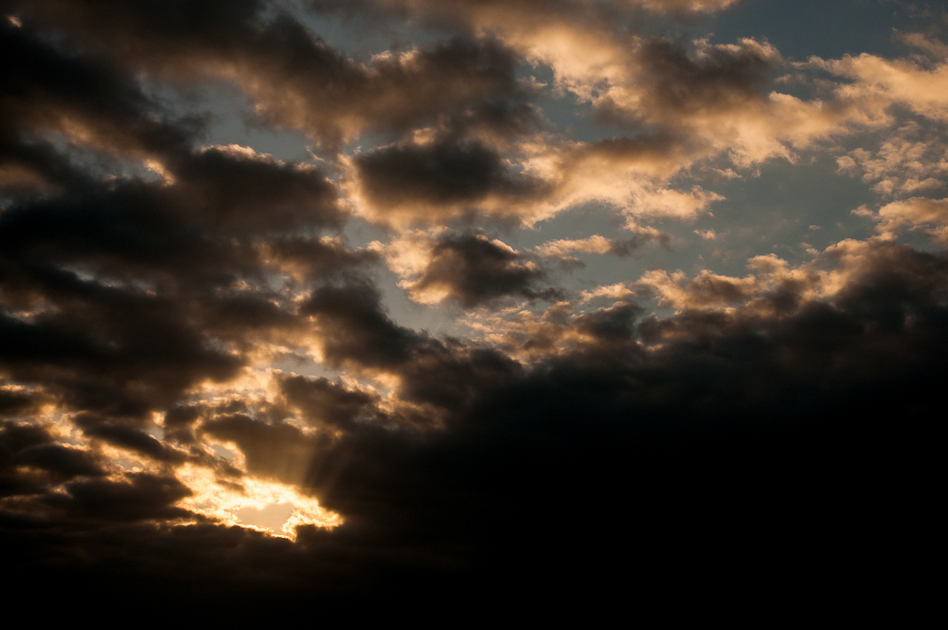 The sun was trying to peek out midway to Sevilla on the AVE. 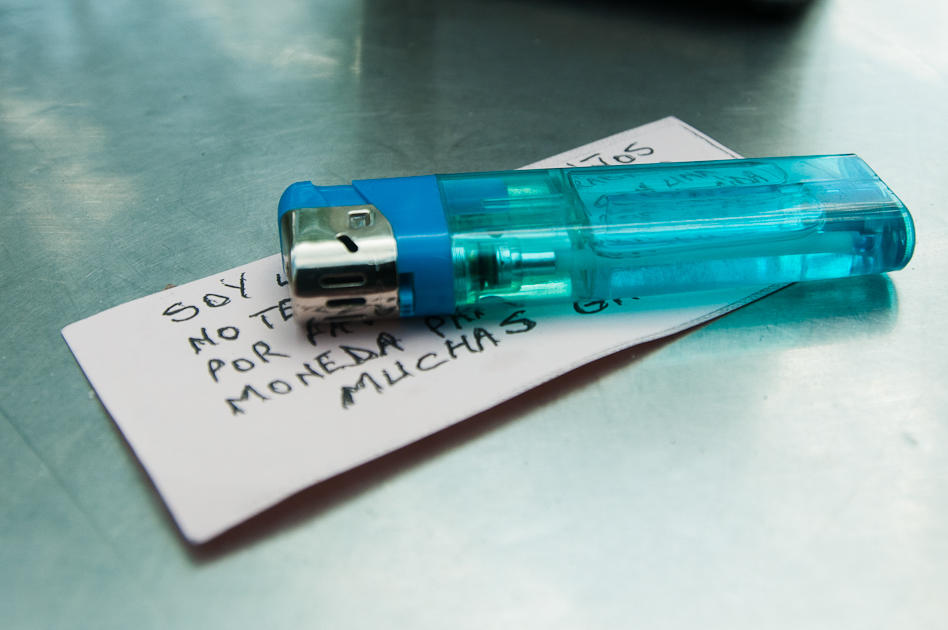 Lighter and a note from a poor person requesting money in exchange. Very often a poor kid will leave a note and a small pack of tissues on the Renfe train or Metro in Madrid when I’m going to the Cantoblanco campus.

“Metropol Parasol” in Plaza de la Encarnacion in Sevilla, Spain. It was designed by J. Mayer H. and completed in April 2011.

This was one of my very favorite parts of Sevilla. It is the world’s largest wooden structure. I watched a video about it a few days ago, and found out there’s a walkway on top. I wish I would have known that was an option when I was there! Oh, and it only cost a cool 90 million euros to build!

This is the traditional outfit that hundreds of men, women and children don for processions (pasos) during Semana Santa. Yes, they do look like the KKK. To be clear, these garments were Spanish before they were adopted by the KKK in the early 1900s.

These people were all in line to get into a church on Holy Thursday. The line extended even further than is visible in this frame.

This is part of the traditional outfit worn by many adult women in Sevilla during Semana Santa. 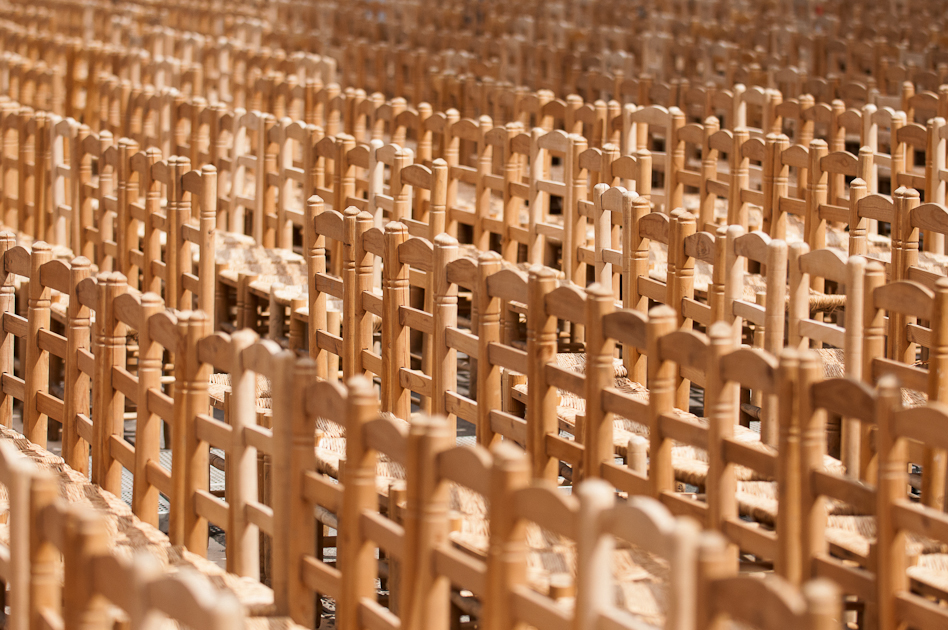 All of these chairs were set out for spectators for the famous Sevilla processions. There had to have been tens of thousands set out around the city.

My next post will be all about my day trip to Cadiz. If you have comments, drop them below. Thanks for stopping by.

If you’d like to get email notifications when I post new pictures, sign up at the very bottom of this page! No, I won’t spam you. If you’re into RSS like I am, that option is there too.